All in all, a good day. Work today held one of those odd moments that makes no sense. It was going to be a straight forward job. Swap out a touch screen on a hospitality site just out side Cardiff. I got the part from Bristol and made it to the site. Swapping over the screen achieved nothing. Bummer. So I borrowed another screen of a till in the function room. The kind of till that only gets used on Mothers day and over the Christmas period. i found there was nothing wrong with the original screen. It worked just fine. So I tried the data cable and low and behold things started working. No worries, just order a cable. So being tidy minded I put the faulty cable on the function room till, and was a little stunned when it started working as well. The manager was OK with how things worked out, so I left them alone and went to the car to fill in the various forms and labels that needed to be done. I was nearly finished when an elderly gentleman approached me and he started telling me about his old 386 PC he had at home and the problem he had getting his printer to work on windows 98 second edition. In the space of 30 minuets I learnt that he was an accountant and now had his boss’s old PC that ran XP. Random!

All in all a very plesent conversation, but completly out of the blue.

I had an easy going day. Swapped a touch screen at a site in Cirencester. Noticed a land rover with “Pussy Wagon” writen in the dirt all along the passenger side of it. Met up with another engineer to get a 1kg weight off him. Also got my reload software off him that I lent him last month. Then tried to get to the bottom of a random printer fault at a site less than a mile from my home. All kinds of good.

Today was my first day back from being on holiday. A nice gentle start. The first job was in Gloucester city center to replace a keyboard. There was some mild peril in the form of angry seagulls. Apparently they have been nesting on the roof of the car park and have been dive bombing anyone they don’t like the look of. So any human with in 100 meters. Made getting to and from the car a little daunting. Resisted the urge to bat the sky rat out of the air with the keyboard box.

Next gig was on the outskirts of Hereford. Just replace a till. There was a little confusion over what till number it was, but eventually everything was up and running.

It’s too hot. So glad of air-con in the car.

Yesterday I drove 160 miles to get to my first site. It took me 5 and half hours to get there. This includes the hour for lunch and the numerous times I had to stop and pull over to triage various calls. When I got to the site at New Quay I was told thus. The till had been working since the day before, the manageress had called the help desk to cancel the call. The help desk said that they would still send out the engineer “Just in case”.

I remained professional in front of the customer, returned to the car with as much control as I could muster. I then had what could probably be described as a sense of humor failure. Needless to say, the call planners also shared my displeasure. And in fact passed on the discord to the help desk.

So by the time I had totally failed to fix another call in Swansea, it was no surprise that I got home for 10 at night. Sunday will more than likely follow the same trail. The first site has 4 calls logged against it. So a little drive over to Pembroke Docks. Joy! Only 152 miles to the site. Considering one of the calls was logged with an impossible error, this should be a worth while and fulfilling day. Roll on Thursday.

The ballence has been addressed. If it’s been quiet on the work front, then today saw a return to form. So first gig was go and get the parts from the local depot and collect a power supply. From there it was off to a retail site near Abbergaveny to go and fix the PC there. Turning up with a big smile on your face can really confuse people. I really do think that I’m supposed to be turning up at these places miserable, because it seems to be what the customer is expecting. Never mind. I swapped over the power supply and was chuffed to see that the PC booted up ok. So what ever it was that had killed the PSU hadn’t fried the rest of the PC.

So up to Hereford. Grab a spot of lunch, then go and replace a chip and pin at a retail site. However the promised part on the pre 10:30 was completly ficticious. So I had a go at cleaning the unit but it was having none of it. So I left site feeling a little silly, with the help desk chasing the courier.

So then a long drive to Bridgend to go and tinker with a retail site over there. The site had two problems, both of them scales related. The first one was a very easy fix. Turn off the scale unit, and then turn it back on. So much for the checks being done. For the other scales, the part had been delivered and all I had to do was replace the unit. Then all that needed to be done was the mass amount of paper work that this particular customer generates.

Only one more job to go, it was a bit odd. The PDA was showing several calls for one site up in Merthyr Tydfil. But one had a part arriving in a couple of hours, and the other call for the site had the part arriving for tomorrow morning. I rang the call planners to make sure I was reading things properly. Apparently I was. I was required to drive to site and swap out a chip and pin on one of the sites till. And then tomorrow drive back to site and swap out the other chip and pin on the other till. There was something in the tone of voice that told me it would be fruitless to do anything as silly as bring logic in to it. So I drove to the site and found that they had already swapped over the unit, so all I had to do was take away the old unit. With the paper work filled in and the emails sent off I drove home.

Yes, it’s unofficial Jedi day. So it was up brightand early and off into Gloucester city centre to go and replace a PC on a retail site. The job went straight forward enough. Simply swap the guts of one PC in to another. Everything booted up ok, so the job was declared a success. With that out of the way the next job came in for a receipt printer causing merry hell on a retail site over at Usk. so after parts were sorted out for that I made my way over to the site and swapped over the printer. Again the job went as it should and worked fine. it goes to show that I’m approaching most of these jobs with the air of that they are going to mutate in to some thing more complex. So far so good.

I’ve already got jobs lines up for tomorow, but that’s another day. So time for an early night me thinks.

Bank holiday Mondays. Why do they feel like another Sunday? No one in a hurry to get anywhere. Very few trucks on the road. It’s an odd way to start the working week. Only the one call to deal with. A retail site over at Caldicot. Over the last few months the site has been having an intermittent problem with the magnetic card reader. Various bits and pieces have been checked and replaced. So as the fault hasn’t gone away it’s time for the blunderbuss approach. Replace everything. So that’s what I did. The till, the screen and the magnetic card reader all swapped out. Fingers crossed that it works. Once that job was done and dusted, all that remained was to drop off the bits in Bristol and then head home. The only other job that came in was for a retail site in Gloucester city centre, but it’s not actionable until tomorrow morning. So that’s Tuesday taking shape all ready.

It’s been very quiet. The workload has been light to nearly non-existant. So it early on Friday morning. It’s sunny. It’s pay day. And I’ve got the weekend off. Some times you just have to accept good luck.

Tuesday was quiet. Quite litterally one job. Go to Cheltenham and replace a cash draw on a retail site. Simple. In fact getting to the site was more of a challenge. Some chapps in high vis jackets had conned off large areas of the main route in to Cheltenham, so I spent over an hour crawling through traffic. The annoying thing was I couldn’t see any reason for why then needed to shut down the lanes. But once I got past the health and safety blockage it was a quick job on site.

Ok, technically there was a second job. A retail site over Ross-On-Wye way had a faulty keyboard. But keyboards are considered disposable, so I had a chat with the manageress and arranged for a keyboard to be put in the post to the site.

And that was my working day. Swings and rounderbouts this job. 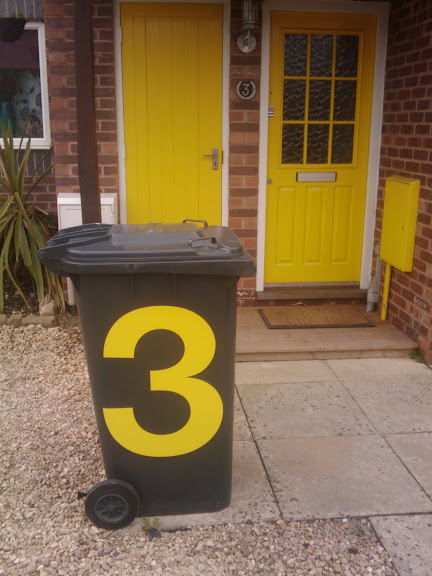