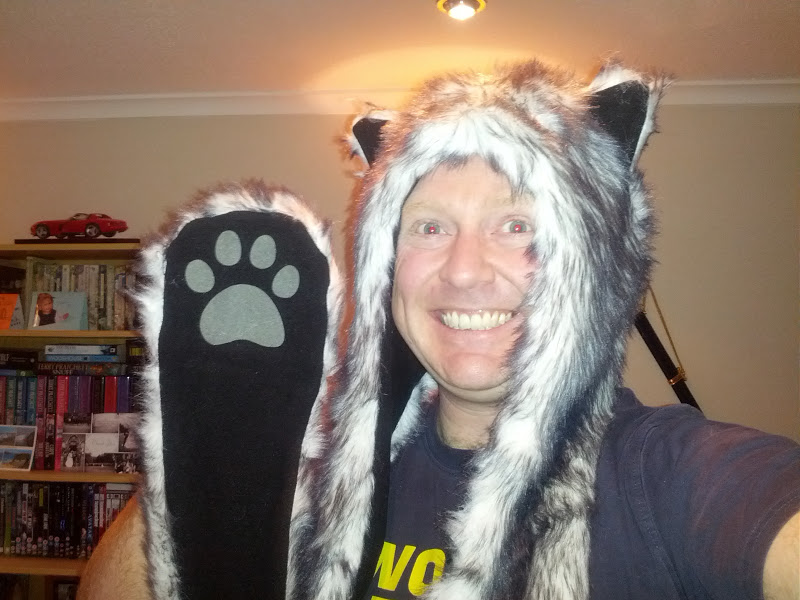 So I recently discovered you can have a fantastic giggle for less than £24. Now there is a product range made by a company call “Spirit Hoods”. Some really cool stuff. But outside of a sale, then there’s nothing there for less than £100. Which is a lot for a fury hat & scarf + mittens combo. So thankfully there is usually a cheaper alternative. This came through  via Amazon. A company call “Grind Store” had a nearly suspiciously identical range of fury head-ware. But at £19.99 a time, considerably more affordable. Now there is the triangle of life. Good. Fast. Cheap. And you can only have two out of three at any one time. So I put in an order on the premiss of at less than £24 with postage, I won’t be disappointed if the quality isn’t that great. So it arrived in good time. It’s well put together. It’s certainly warm & cosy. But above all it gets a giggle. 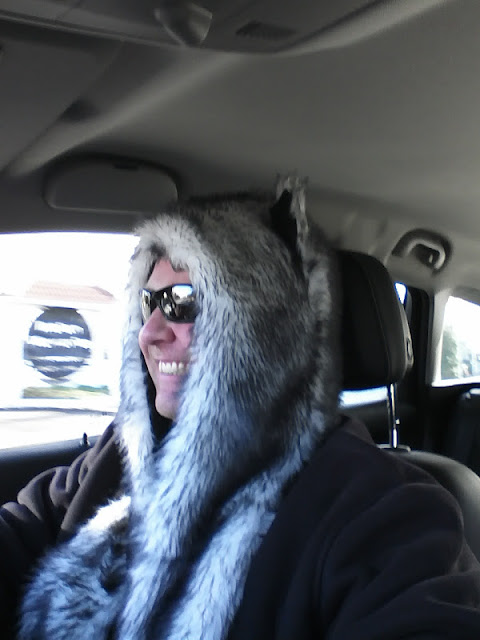 In the few weeks that I’ve had this hat the response from other people has been awesome. Typically if you wave a paw at some one, they will smile and wave back. Young or old. Although to be fair I did get a very disgusted look from some middle aged fella at my local Tesco.

But there was the couple in the car behind me at the lights that laughed when I waved a paw at them as they over took me later on. The transit full of builders that were smiling at the loony with the fury hat with the ears. The lady at the post office who went from neutral, nearly pissed off, facial expression to doubled over with laughter. The ladies at my Barclays bank who actually got me to bend over the counter so as to tickle me behind my ears. By contrast, the young lady working in the Halifax managed to keep a straight face and remain professional. The lady in Thorntons who instructed her boyfriend to select her a hat from the fury range for her Christmas present. The fellas stuck in traffic as I was walking by, that grinned & waved back from me walking by. Even a got a grin of a couple of police officers as they drove past. The surprised old lady that did a double take as I stepped out of the hair dressers. But I’ve got to say hat off to her for the quick comment she came out with. “You’d better go back in sun shine, they’ve not done a very good job”. Totally worth it 😀

So if you see a grinning loony roaming around the place. it may just well be me. And there are more hats to get. Oh yes. If I’d known that there was a Tiger one I’d have brought that. The more ginger the better. So I’m going to see if I can convince Santa that I’ve mostly been a good boy this year, and see if I get a Tiger one for Christmas. Or maybe the bear? Or the Husky? Drat. Too many to choose from. I blame Team Fortress 2. It’s all about the hats 🙂